Harry was a Veteran of WWI and WWII. Henry served in the US Army, he enlisted during WWI on August 30, 1818 and was discharged from the Army at Camp Grant, August 21, 1919. He again enlisted on 28 May 1942, during WWII, and was discharged: 9 Dec 1943 “Major, 12 Bomber Cmd, AAF WWII” is inscribed on his headstone. His 1930 census records show him as a car salesman. By 1940 he is manager of his own dealership. In 1945 he moved his family to Covina, Los Angles County, California to open a Packard Dealership.  The following records and newspaper clippings provide interesting and fun facts about Harry and his life.

In 1945 Harry relocated to Covina, Los Angeles County, California to open his own Packard Dealership. The advertisement to the right was found in a 1947 Covina Argus, newspaper.1

Ruehl, a resident of Covina six years, making his home at 413 Kenoak drive, announced this week that he hopes the Legion will be able to co-operate with other service clubs in town, and that veterans, although they are members of other clubs, will join the American Legion to help unify strength of patriotism in the area.

Beginning his army service as an enlisted man in World War I, he served as a major in World War II in Europe and Africa. He is past adjutant of the Covina post, and headed the youth service for the Rotary club. He succeed Barry Renfro, who held the office two years.

Other business coming before the post was the streamling of …[unreadable text] … to the state convention in September. They will be Renfro, Pyle, Ruehl, Heffner, and Schissler.

New officers will be installed on July 9.

Rosary Today in BP for John Ruehl, Covina Leader4
Rosary is being held today (Thursday) at the Baldwin Park Funeral Home for Harry John Ruehl, 0, who established the Packard agency in Covina and was an active member of the American Legion, rotary and Holy Name Society.

Sixty-year-old Ruehl died June 7 at his home, 413 West Kenoak drive, Covina. he had retired from business in September, 1953, due to his failing health. Mass will be said at 9 a.m. tomorrow at sacred Heart church in Covina, Father Bernard Collins officiating.

The retired businessman was born February 27, 1894 in Sioux city, Iowa, and came to California in 1945 from St. Paul, Minnesota, to establish the Packard agency in Covina.

A veteran of World Wars I and II, Ruehl was a major in the Army Air Forces. He was a member of Sacred Heart church and past president of the Holy Name Society, Post Commander of Covina Post, American Legion, and a member of the Covina Rotary club. 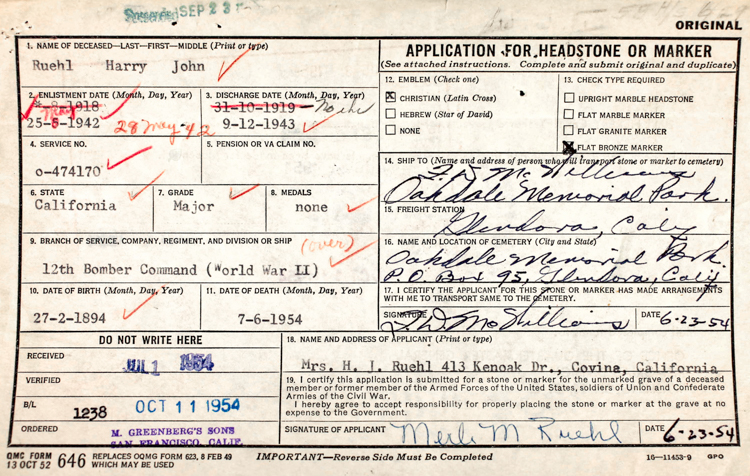 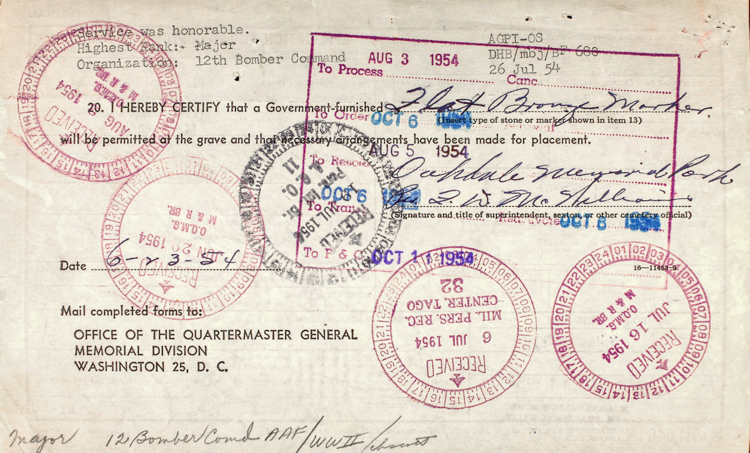